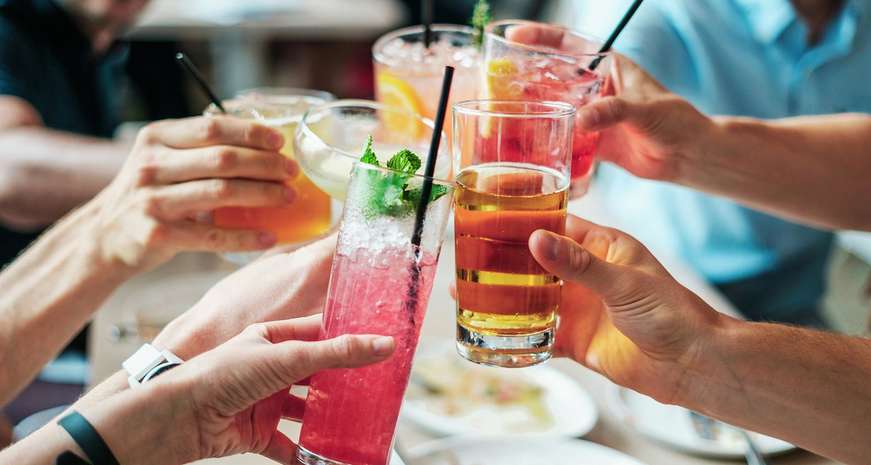 If you're hosting or helping to host a wedding in the South this year, we recommend stocking the bar with some easily batchable cocktails. They're easier to serve, easy to make, and even easier to drink. Here are our 10 favorites.

Getting married in the South is about love, but a wedding is also a party. And what’s a party without drinks? Since there’s more than enough to prepare for and get through a wedding, once the bouquet flies and the dancing begins, people are going to want good cocktails, and fast. Your guests aren't going to want to wait for bartenders to complicated cocktails each and every time, so it's best to plan in big batches.

Here are a few batched cocktail suggestions, separated into types of spirits, to make for a very spirited Southern wedding. 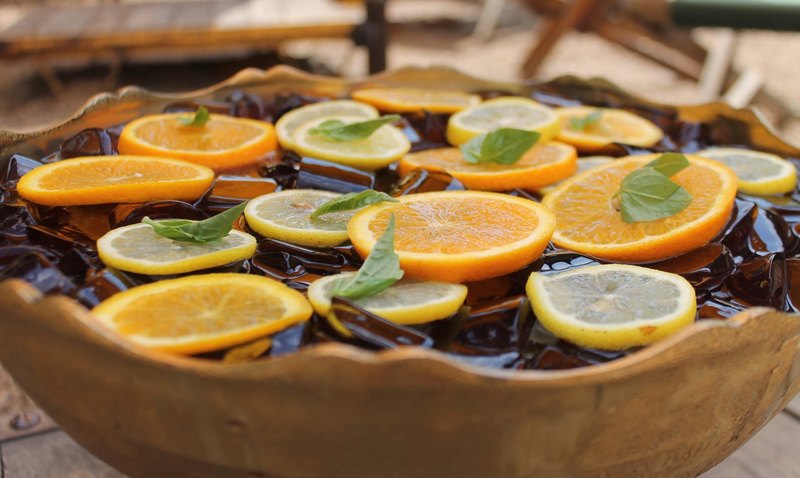 Gin: Royal Flush Punch from Ladybird Grove and Mess Hall
This one’s fruity, spicy and easy to make, as long as you’re into planning ahead. The recipe requires a full day of refrigeration, split between one night of chilling together for the muddled, non-alcoholic mixture of citrus peels and sugar, and another night for the gin, ginger and orange liqueurs, and ice to sit inside. It’s a lesson in good things coming to those who are patient, and also lets you go royal with your wedding.
Get the recipe
Or really get the party started with batched martinis 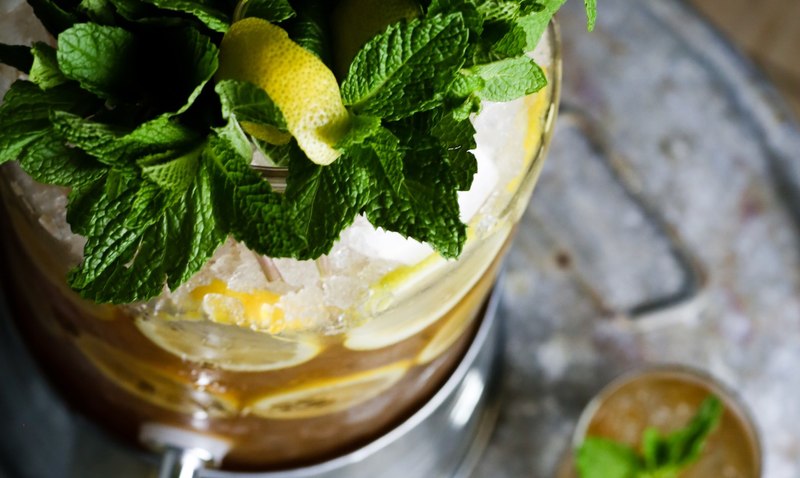 Rum: Canary Island Volcanic Icepick Punch from Borgne Restaurant
For every 15 people or so, you’ll need a 1 1/2 gallon pitcher, two types of rum (1 1/4 cup each), and four cups of both freshly made iced tea and lemonade. Also have plenty of ice, a few bunches of mint leaves and a bag of lemons — you’ll need it all to make this eccentrically named group beverage. It sounds like a heavy lift, but once you’ve got everything, you’re literally just pouring stuff over pitchers of ice. Then you watch the exchange of love vows, and focus on the Canary Island parts of life together, instead of that whole volcanic and icepick stuff.
Get the recipe
Or go for another New Orleans classic: The Hurricane 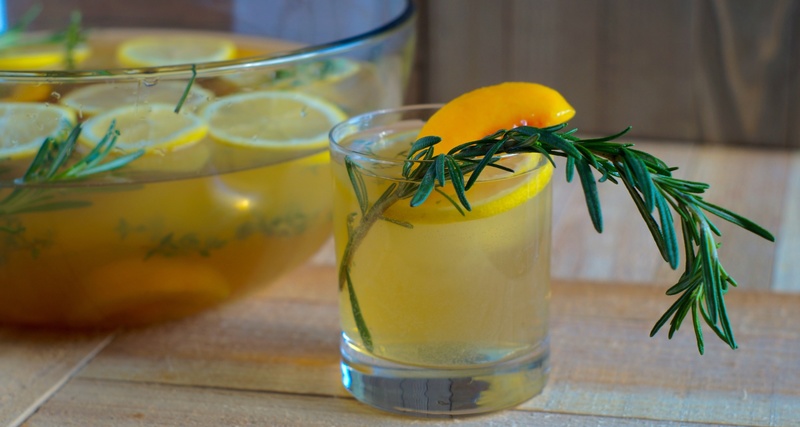 Bourbon: Peachy Keen Sparkling Punch
With two bottles of bourbon (our version includes Coopers’ Craft), three small bottles of Champagne, a bag or two of frozen peach slices, a handful of lemons cut into rounds, and the time it takes to make an herbal simple syrup, you can serve 54 people a bubbly, bourbon-y bevvie that’ll bring out the fun at any Southern recital of nuptials. It’s got the sparkling wine for the fancy family, and the brown liquor booziness that your friends will demand, and it comes together in love, exactly what you (or someone you like well enough to make a batched cocktail for) want for that special day.
Get the recipe
Or try a different twist on a bourbon spritz 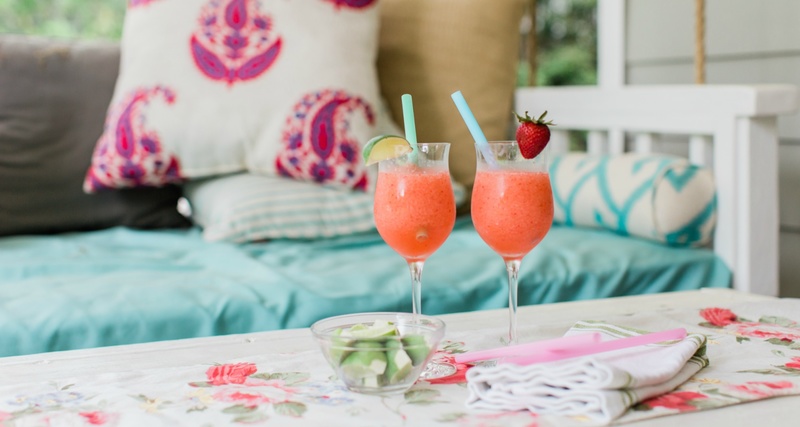 Vodka: Southern Kitchen’s Frosé
Nothing says summer like rosé wine, and nothing says super-summer like the frozen kind. And if you want a lighter, cooler sip (some families and groups of friends can get a little too rowdy when the proof gets high (but, of course, not yours)), you can freeze a bottle of wine for every six thirsty guests you’re inviting (using either ice trays or a deep baking dish), add a couple ounces of vodka for each rosé bottle, then sweet-and-sour it up in a blender, using strawberries, sugar, fresh lemon juice and more ice. This means you’ll probably want to have someone actively blending during the reception, and it’s not like people are going to not want frosé, so it’s best to hire a bartender and bribe them not only with tips but with promises of unlimited drinks for themselves — as long as they keep the cups coming for the invitees.
Get the recipe
Or try something a little more pear-fect 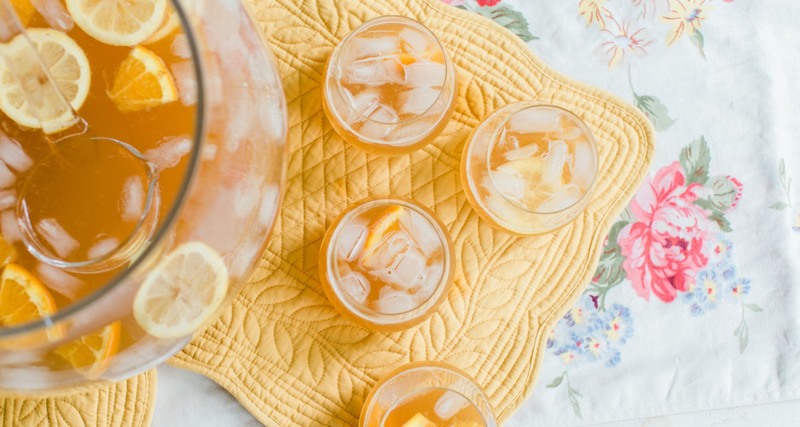 Everything: Chatham Artillery Punch
Let’s get down to it: Somebody’s getting married. It’s a celebration! And any celebration worth doing is worth doing right, which sometimes means going as spiked and boozy as possible. That calls for this traditional punch that originated in Savannah in the 19th century and is guaranteed to punch up the festivities. You’re gonna need several punch bowls (one for every 20 or so guests), and lots of booze, as well as lots of ice to dilute things (trust us, don’t skip this step). Don't forget to leave room in each bowl for three bottles of Champagne, which you’ll add to the punch just before it’s ready for ladling into cups. Also, you’re definitely going to need some serious dancing music, because if this doesn’t get the party started, nothing will.
Get the recipe
Or try Southern Kitchen's twist on the classic

Dust off the holiday punch bowl

Dust off the holiday punch bowl