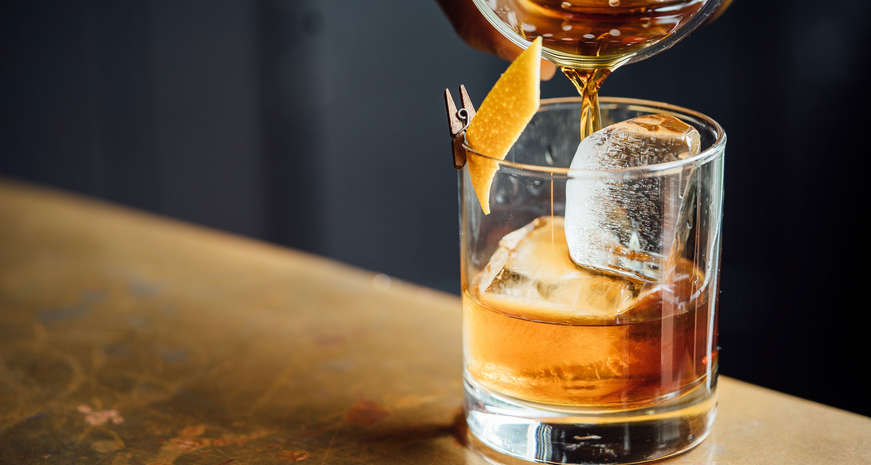 Bourbon is experiencing a resurgence in popularity and for good reason. As younger Americans begin embracing craft cocktails and beers, whiskey has become the go-to spirit for those with discerning palates. It's gotten a bad rep over the years for being too spirit forward for most people (and women), but thankfully many talented bartenders are reintroducing the public to the possibilities.

Lucky for us bourbon enthusiasts, there is no shortage of cocktail recipes that highlight whiskey's best flavor traits and present them in delicious, approachable ways. 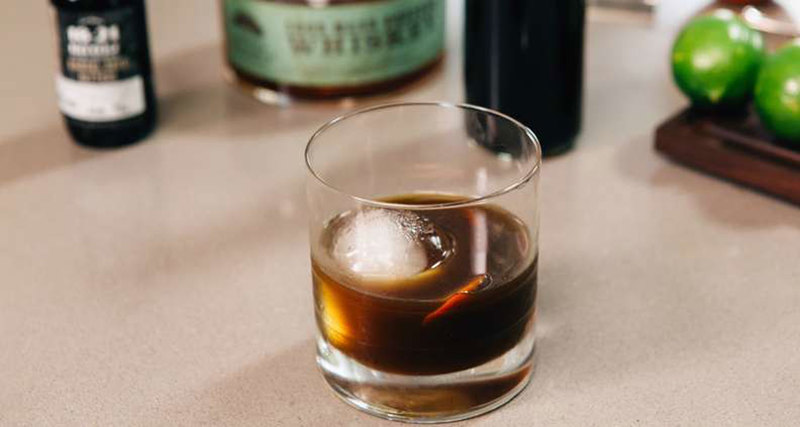 High Noon Old Fashioned
Honestly, how could we possibly kick off this list without first naming the granddaddy of all whiskey cocktails — the Old Fashioned. This cocktail is famously boozy. Besides a little sugar, an Old Fashioned is literally all bitters, bourbon and garnish. This take on the classic features tobacco bitters and a molasses and brown sugar simple syrup as the sweetener, which together add leather, cigar and clove flavors. One sip and you'll see that it tastes like something a cowboy might love.
Get the recipe 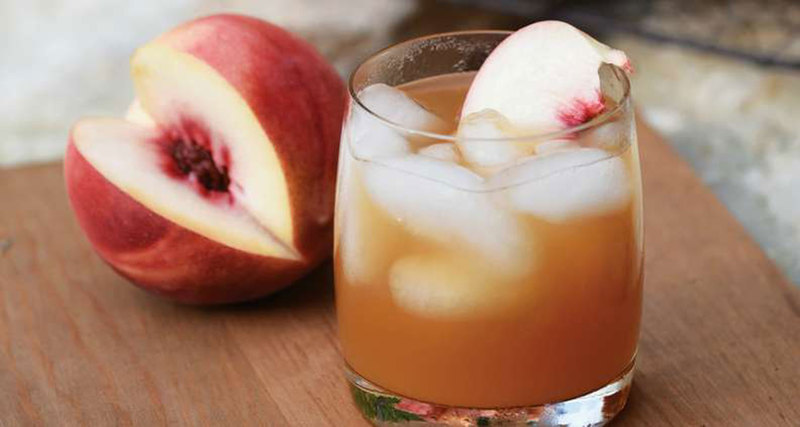 Bourbon Peach Cooler
Southerners sure do love their sweet tea. This bourbon peach cooler literally tastes like summers spent on the porch. It features fresh peach nectar, peach schnapps and unsweetened tea. If you're a little intimidated by the strong taste of bourbon, this cocktail is on the lighter side and showcases a good amount of fruit flavors.
Get the recipe 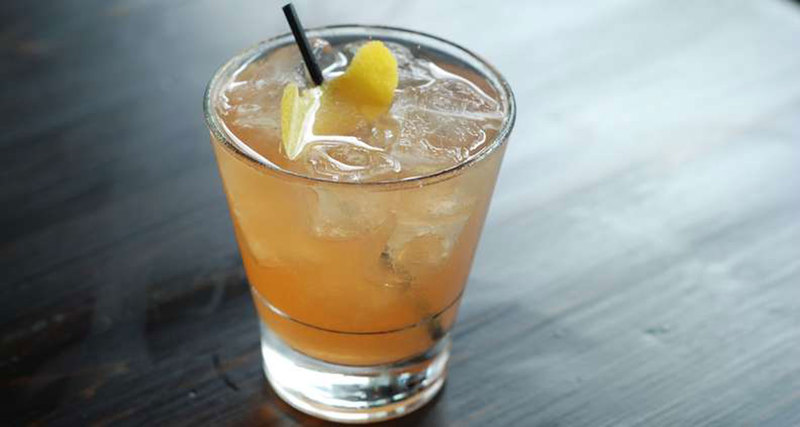 Ain't Wasting No More Time
Get ready to channel your inner bartender cause this one is going to make you work, but I can assure it, it's so worth it. The most interesting ingredient here is green cardamom pods. Cardamom is a popular spice in both Indian and Middle Eastern culinary traditions. The spice has a fresh flavor profile (think lemon and mint) but also has a smokey note that plays really well with Buffalo Trace's famously peppery bourbon. For this cocktail, you're going to need to make a simple syrup with the cardamom and and peaches. The result is a uniquely spiced bourbon cocktail that your friends will request again and again.
Get the recipe 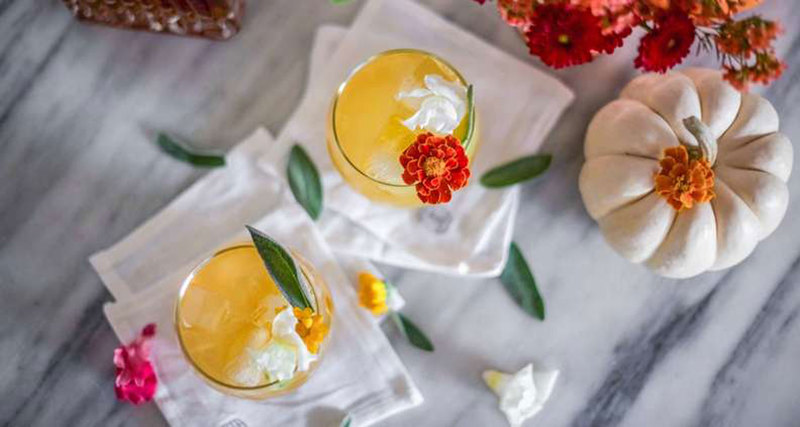 Bourbon Prosecco Spritzer
Who said you can't make a whiskey mimosa? No one here! One of the very best things about bourbon is how versatile it actually is. This herbaceous citrusy cocktail is a great alternative to a traditional brunch cocktail (though you can of course drink it any time). Not only is it delicious but it's also beautiful, so think of serving this at a get-together where you want to make an impression.
Get the recipe 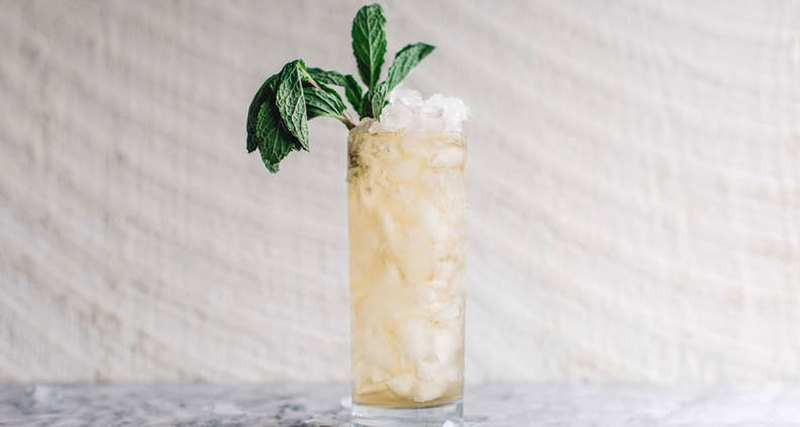 Mint Julep
This is quite possibly one of the most quintessentially Southern cocktails there is. A good mint julep is a fantastic idea no matter what day, time or season. While the mint julep was made famous when it became the official drink of the Kentucky Derby in 1938, its origins actually are Virginian where it was made with rum and brandy before bourbon came into the picture. For this recipe be sure you have a lot of fresh mint handy.
Get the recipe 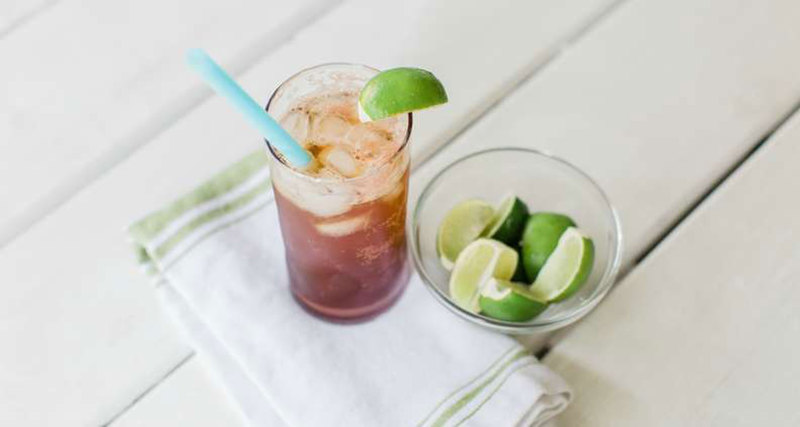 Grown-Up Jack and Coke
Remember back in college when you would chug cheap whiskey and Cokes in red solo cups? Thankfully this isn't that. Think of this version as the one the sophisticated adult in you would actually want to drink. The trick to this recipe is making your own cola-like mixer. To do so, simply mix together molasses, angostura bitters, lime wedges and club soda. You get all of that delicious Coke flavor with none of the stuff the responsible adult in you doesn't need.
Get the recipe 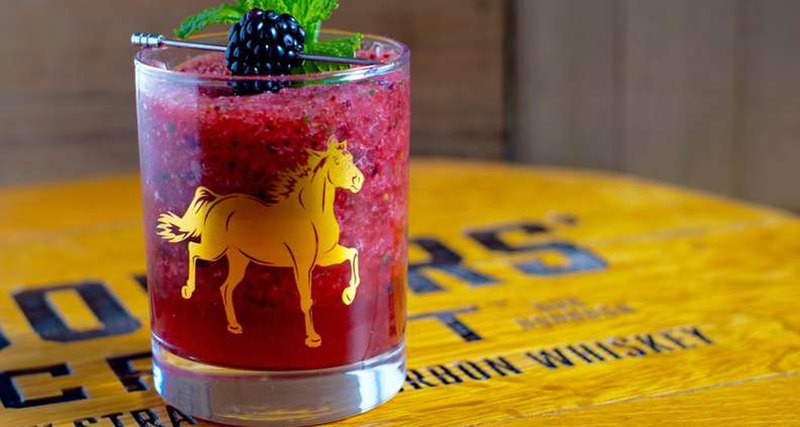 Frozen Bourbon-Lime Bramble Cocktail
Finally a frozen bourbon cocktail that is beautiful and bold in flavor. The Bramble is a cocktail created in 1984 by Dick Brambell and is traditionally made with gin. In this version, gin is swapped out for bourbon, which gives the cocktail a spicy kick. If blackberries aren't in season when you decide to make this drink grab frozen ones. The flavor will be the same and as an added bonus, you'll need less ice to chill it down. You know what that means ... more booze.
Get the recipe 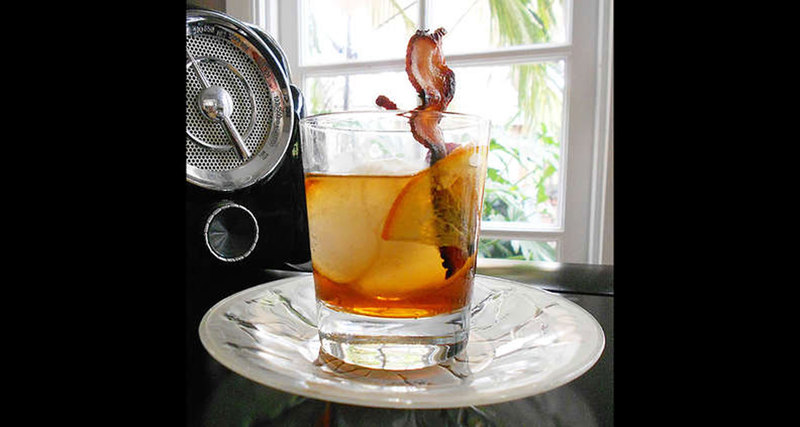 Maple-Bacon Old Fashioned
How could you possibly improve on perfection? Adding bacon of course. Here is the bad news — you're going to have to make bacon-scented whiskey in order to actually drink this cocktail. The good news is that you'll have this deliciously smoky bourbon at your fingertips any time you want it. Of all the cocktails in this list, making our version of a bacon Old Fashioned is certainly the most time intensive but it is so worth it. Plus once you sweeten this cocktail with pure maple syrup you'll start wondering why you ever drank anything else.
Get the recipe 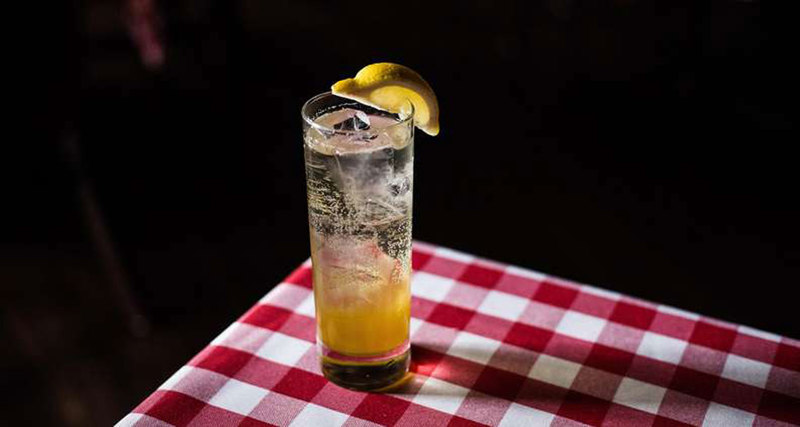 Bushel and Barrel Cocktail
This unique cocktail uses a peach shrub to deliver a sweet and tart element to an otherwise pretty straightforward drink. Depending on the desired flavor, shrubs are usually made with a combination of fruits, aromatics, sugar and vinegar. The point is to add a bit of brightness to cocktails. Here the peach shrub's natural fruity flavor pairs perfectly with the lemon called for in this recipe. The result is a fresh effervescent beverage that will keep you coming back for more.
Get the recipe 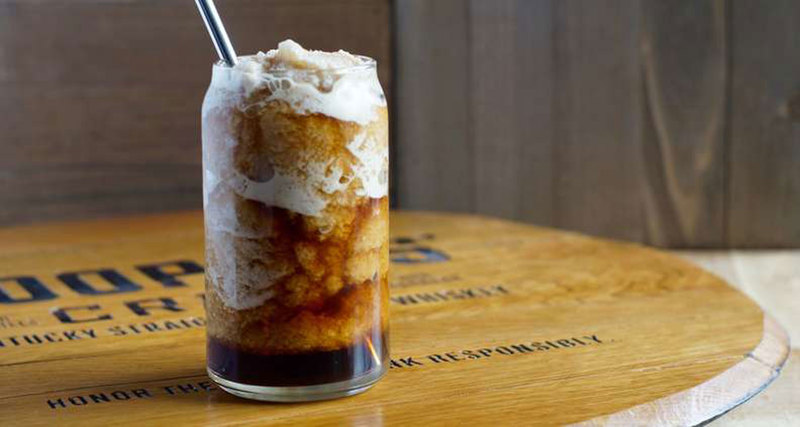 Frola (Frozen Bourbon & Cola)
This blended cocktail is no sleeper. It has over 2 ounces of bourbon and butterscotch schnapps, making this one strong shake. To make it you'll need to combine either cola or cream soda concentrate, ice, bourbon, butterscotch schnapps and vanilla extract into a blender. This is a drink that can also be served as dessert.
Get the recipe

The best bourbon-spiked food and drinks we could find

The best bourbon-spiked food and drinks we could find