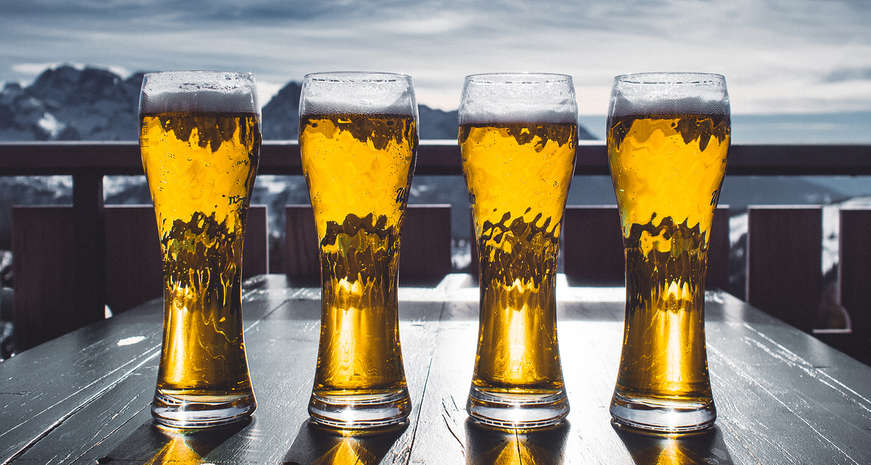 14 Southern beers to fall in love with on Valentine's Day

We’re feeling the love this Valentine’s Day — a love for beer that is. Strawberries and champagne sound romantic, but why not try pairing chocolate with beer for dessert? Better yet, why not sip on chocolate-flavored beer?

Another reason to break tradition with your classic Valentine’s Day sweets and drinks: Beer and chocolate are both aphrodisiacs. CraftBeer.com explains: “A few of the compounds found in chocolate are the same as those produced when you’re happy and euphoric. Beer is relaxing, and when enjoyed in moderation, increases desire and reduces inhibitions.”

Before you crack open a cold one, take a look at some of the wild and wonderful flavor combinations from breweries acrosss the South. Even if you’re not a big beer lover, these Valentine’s Day brews might bring you over to the sweet (and hoppy) side. Click the links above to see all of the beers. 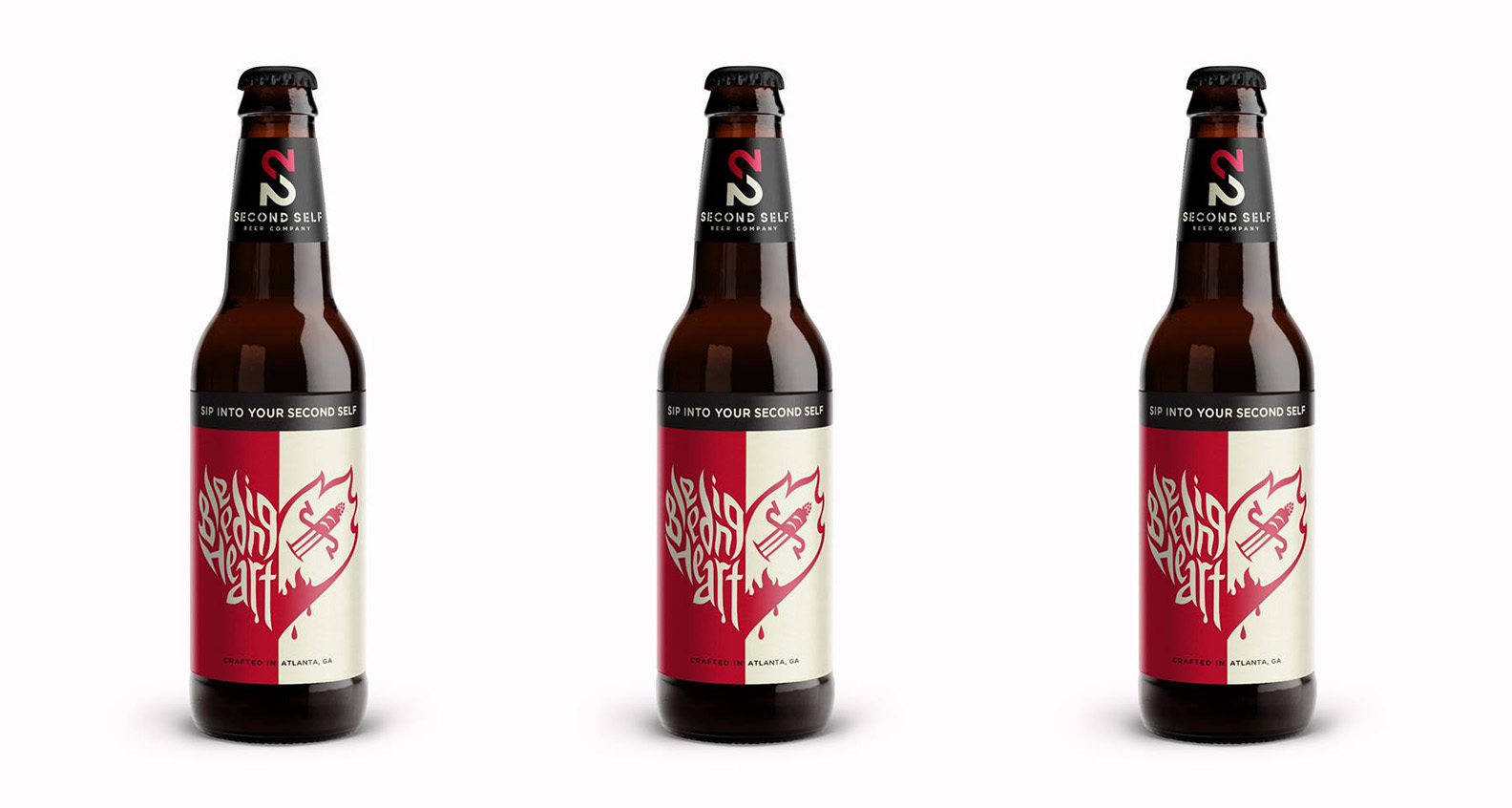 Sipping on this Valentine’s Day beer from Second Self is almost like taking a big bite of red velvet cake. This "bleeding heart" amber ale is brewed with cocoa and vanilla, for both complex bitter notes and sweetness to creates a perfect balance alongside the hops and malts. The beer is available on draft or in cans at Second Self’s taproom until March. It'll be the icing on your cake. 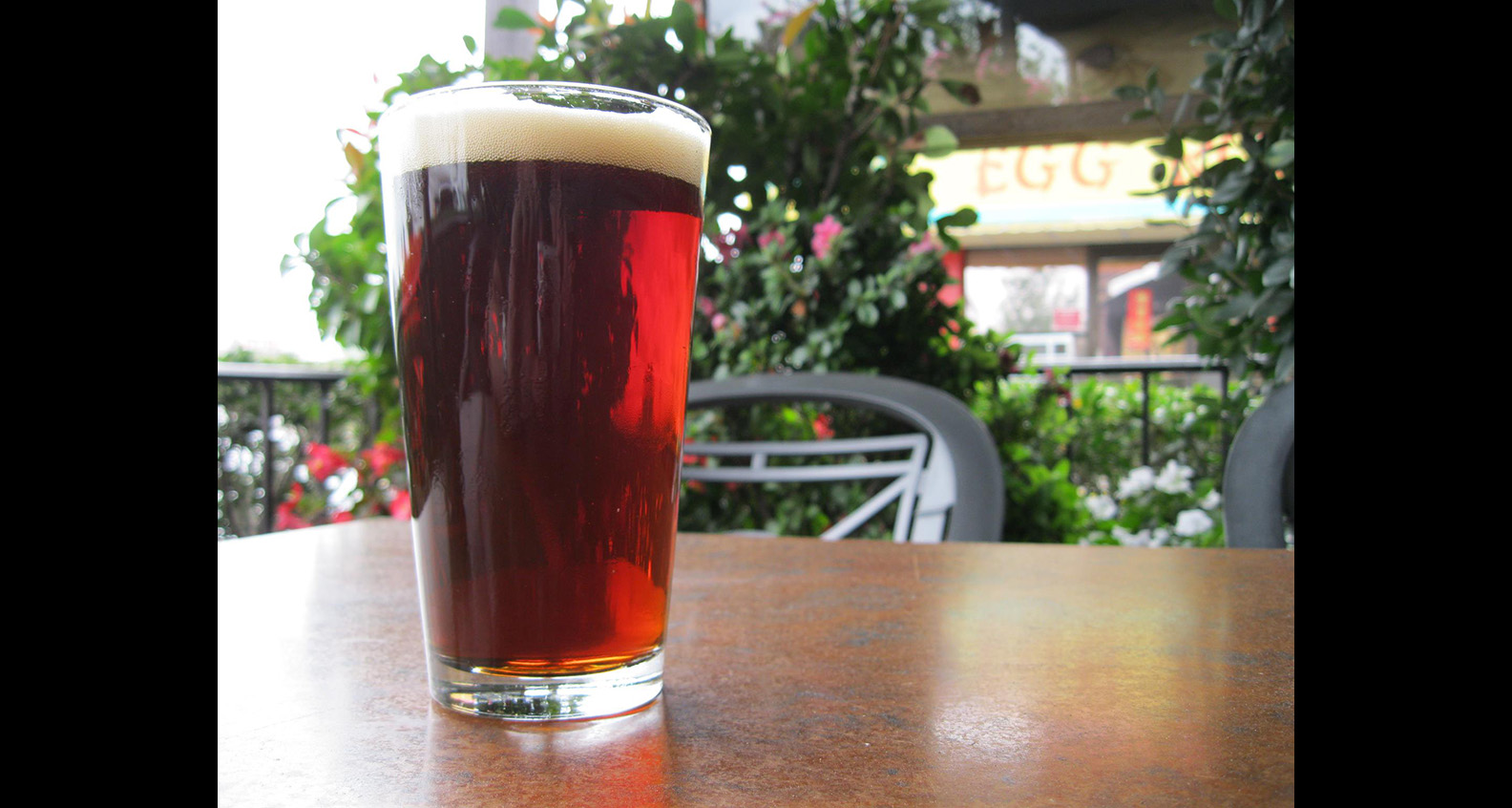 Flambeau means torch in French, and in New Orleans, it represents the flaming torches that illuminate the nighttime Carnival parades during Mardi Gras. But the bright red glow of this red ale also reminds us of the burning passion and love that we celebrate on Valentine’s Day. The New Orleans-style red ale is bright in color and flavor thanks to a blend of seven different malts and three different hops. 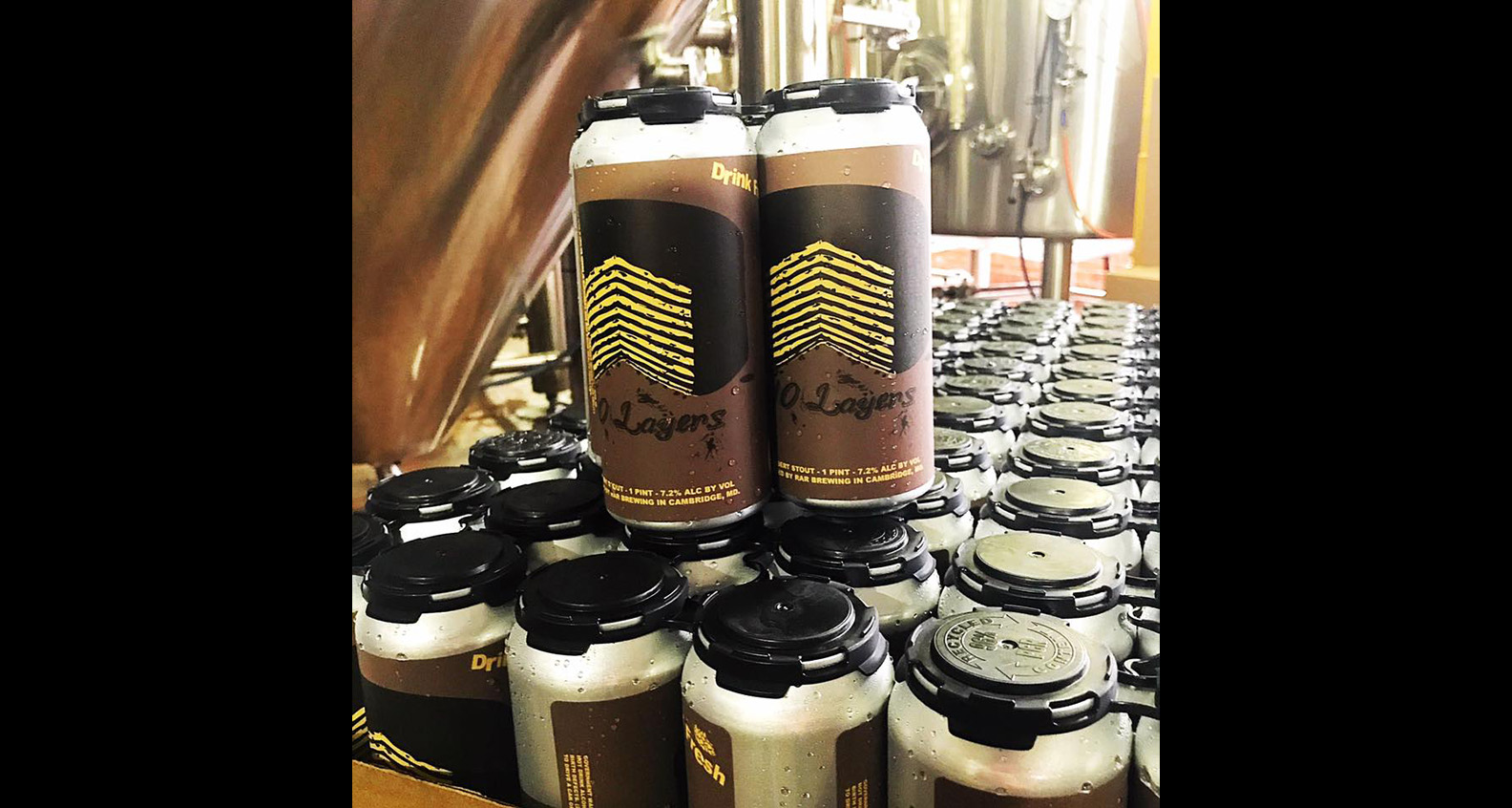 This American dessert stout from RAR Brewing is inspired by Maryland’s official dessert — the multi-layered chocolate and vanilla Smith Island Cake — and its rich chocolate flavor will actually make you wonder if you're digging into dessert. While enjoying this beer, you’ll taste and smell flavors of milk chocolate, dark chocolate, bittersweet morsels, cocoa and even frosting. We think it's the perfect dessert beer to enjoy with your sweetheart on Valentine’s Day. 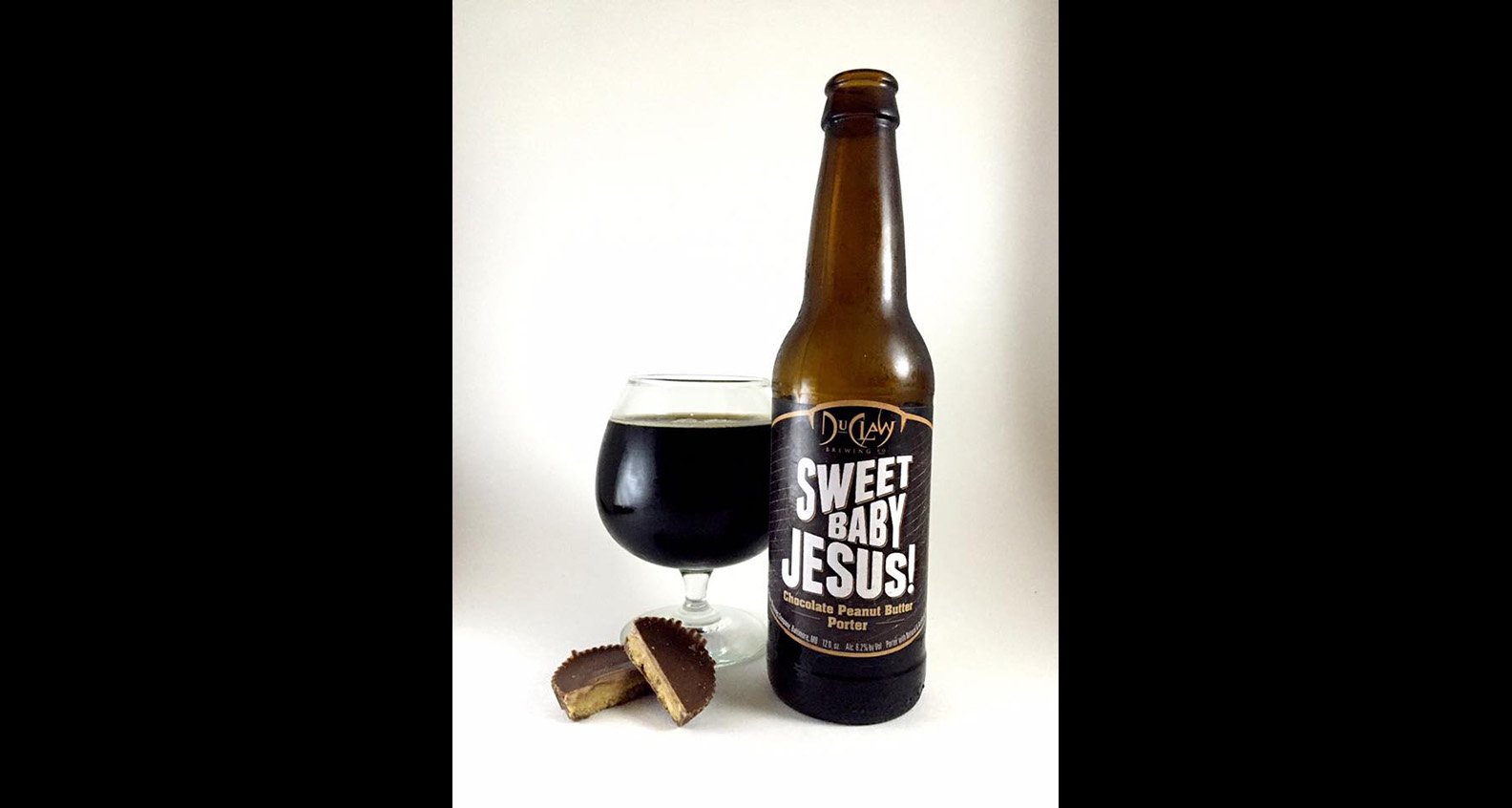 Some people think chocolate-covered strawberries are the perfect Valentine’s Day treat. While we agree they are delicious, we also love desserts that pair chocolate with its other best friend — peanut butter. Especially when it's in a beer. The jet-black Chocolate Peanut Butter Porter from DuClaw Brewing Company is sweet and creamy, with a flavor profile of rich chocolate, coffee and peanut butter. If you plan on drinking this beer on Valentine’s Day, be sure to double up by pairing it with a chocolate peanut butter dessert. 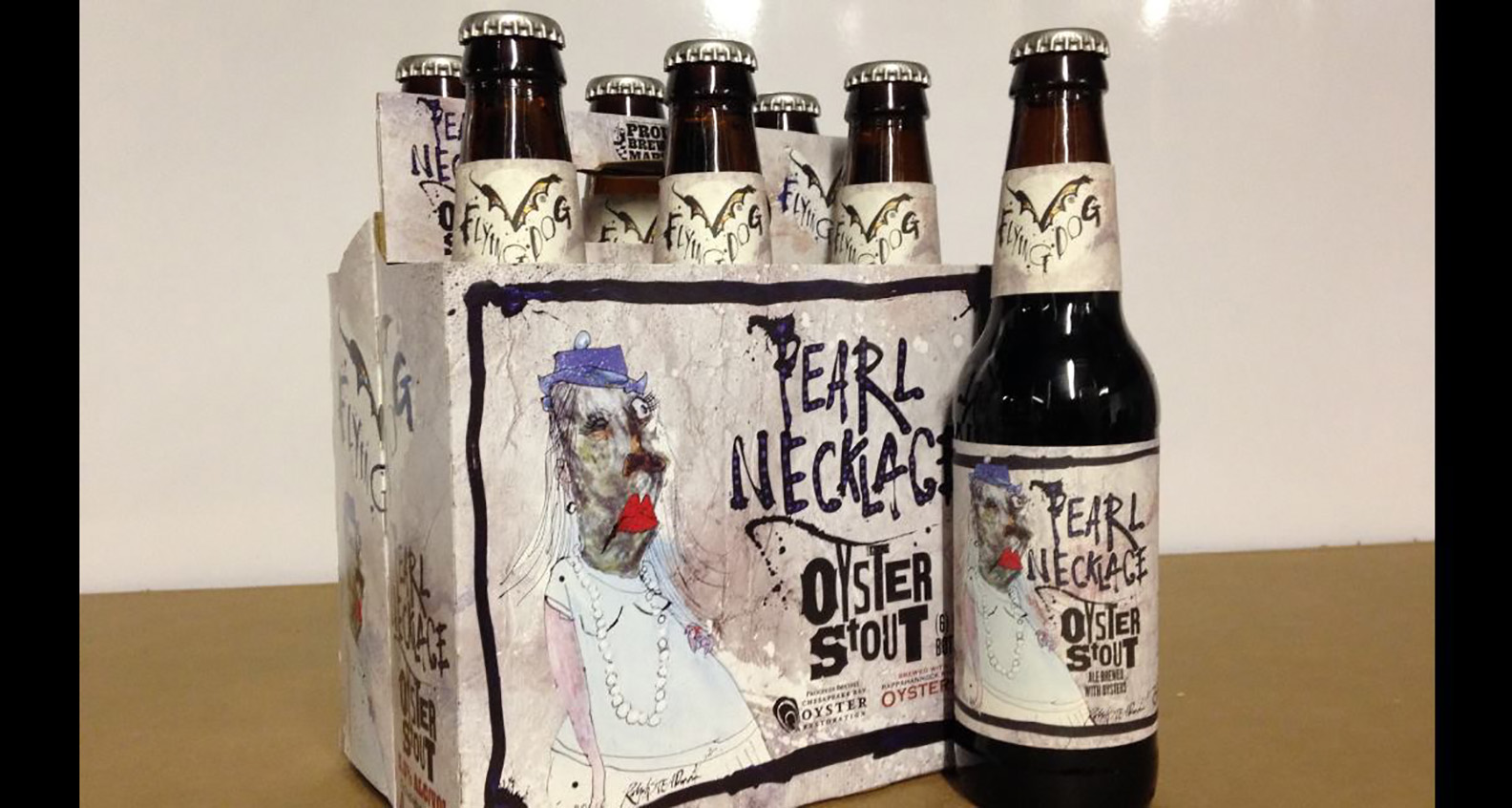 Get the love flowing with this aphrodisiac-infused stout from Flying Dog Brewery. Flying Dog uses local Rappahannock River oysters to give its stout plenty of character. Yes, oysters may seem like an odd choice to infuse into a beer, but the resulting stout is less sweet than most, with a roasted, dry flavor profile that even has a hint of brininess. So, order some oysters this Valentine’s Day and indulge in an aphrodisiac-filled meal. 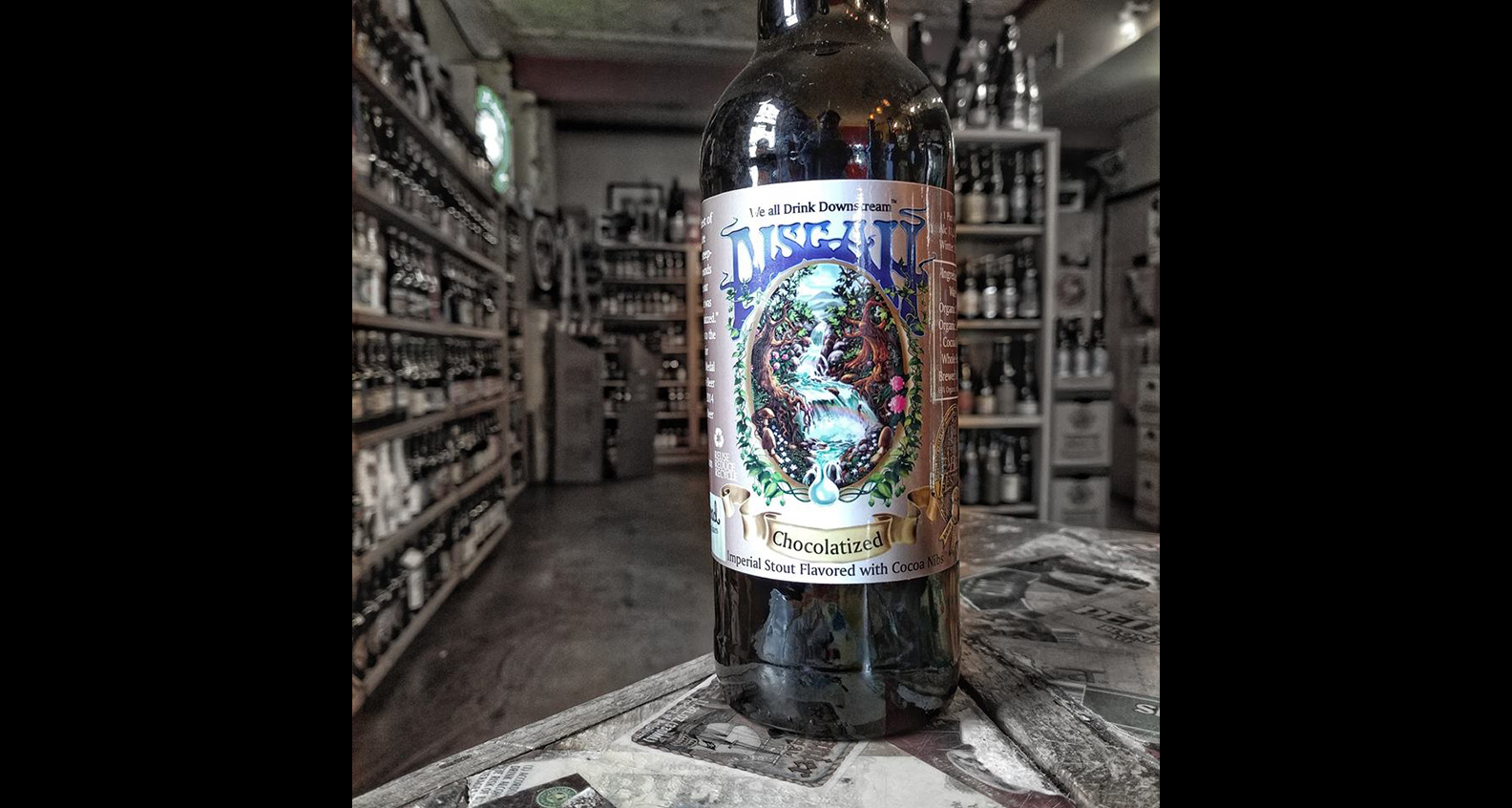 If your sweetie is a chocolate lover, bring them this beer along with a box of the good stuff on Valentine’s Day. This chocolatey Russian imperial stout came about when Pisgah brewers took the company's Vortex II beer and added 25 pounds of cocoa nibs into the brewing process. No wonder it won the Gold Medal in the chocolate beer category at the 2014 Great American Beer Festival. 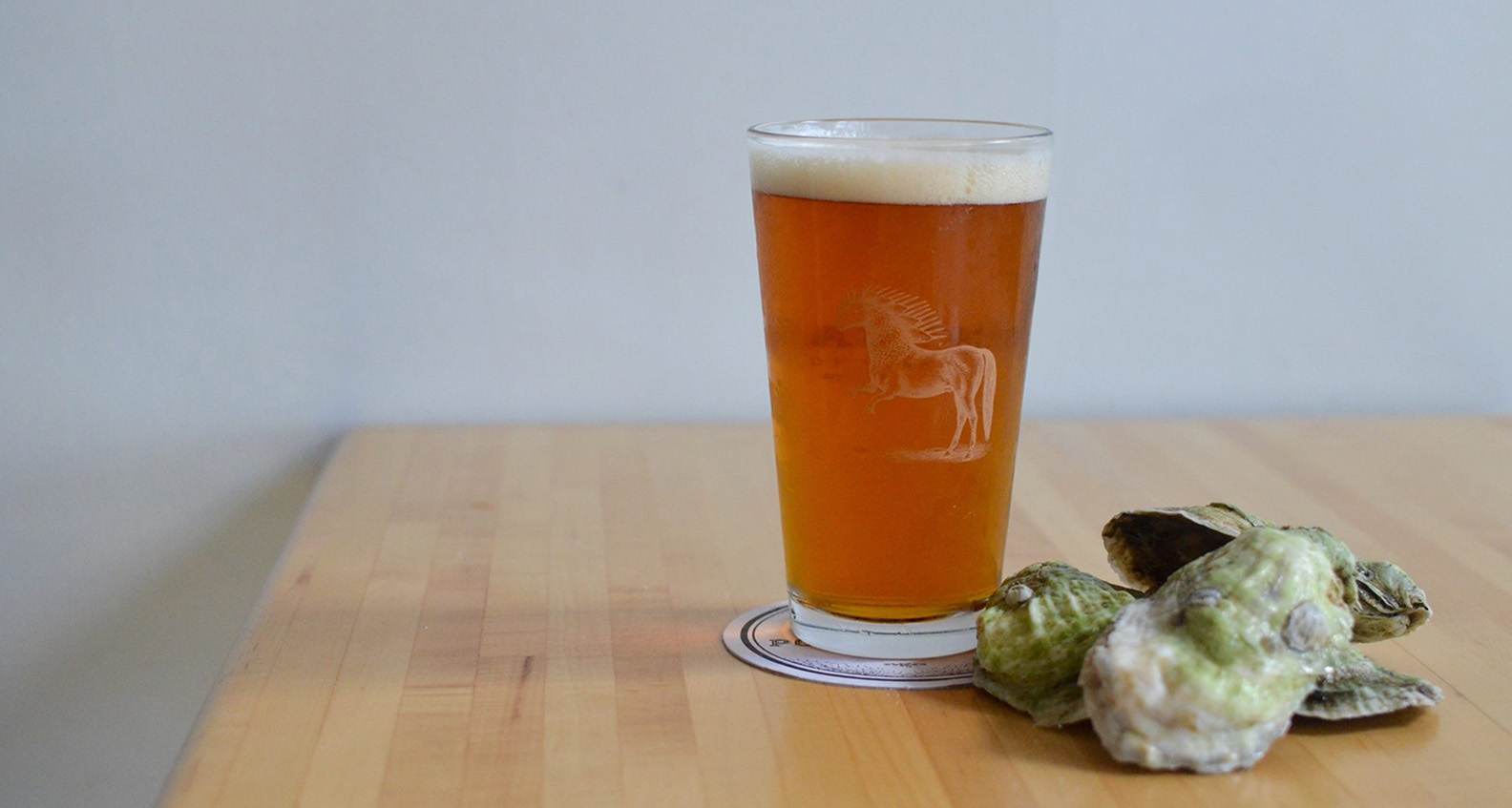 If you’re planning on having oysters on Valentine’s Day, you might want to pair it with this saison, a collaboration between Ponysaurus Brewing. and the St. James Seafood Restaurant and Raw Bar in Durham. The brewery describes the beer as "the perfect ode to the sea. Fifty pounds of fresh, whole oysters infuse a whiff of ocean breeze, along with underlying notes of minerals and brine.” The love will be flowing after you take a sip of this aphrodisiac-infused brew. 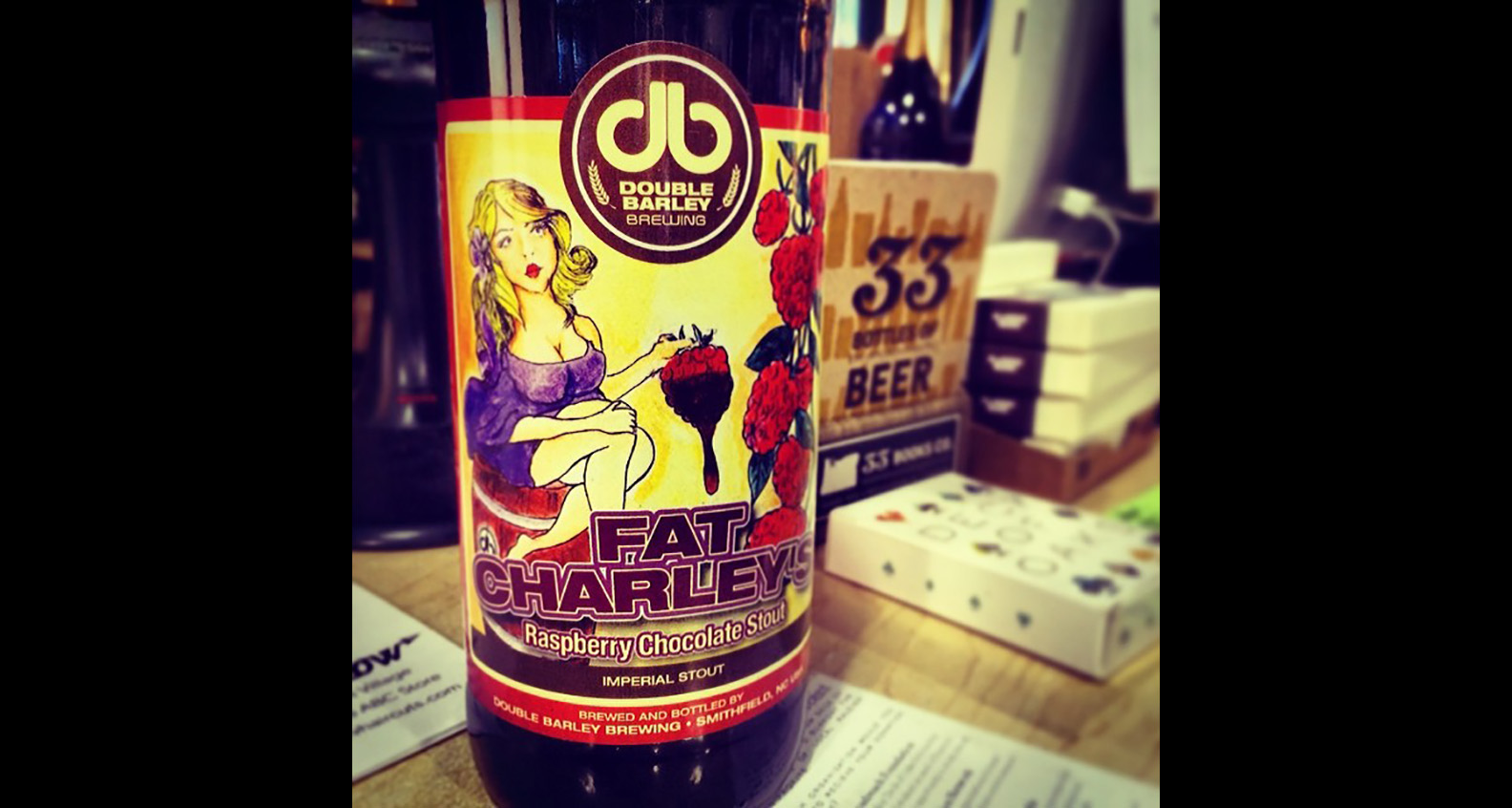 The inspiration behind this Double Barley beer is a dark chocolate raspberry truffle — one of our favorite things to eat on Valentine’s Day. Unlike other chocolate stouts, chocolate takes a step back and allows the bright raspberry flavor to shine. If you want to really elevate your Valentine’s Day dessert, do as we will and can create a boozy sundae by pouring this stout over a bowl of vanilla ice cream. 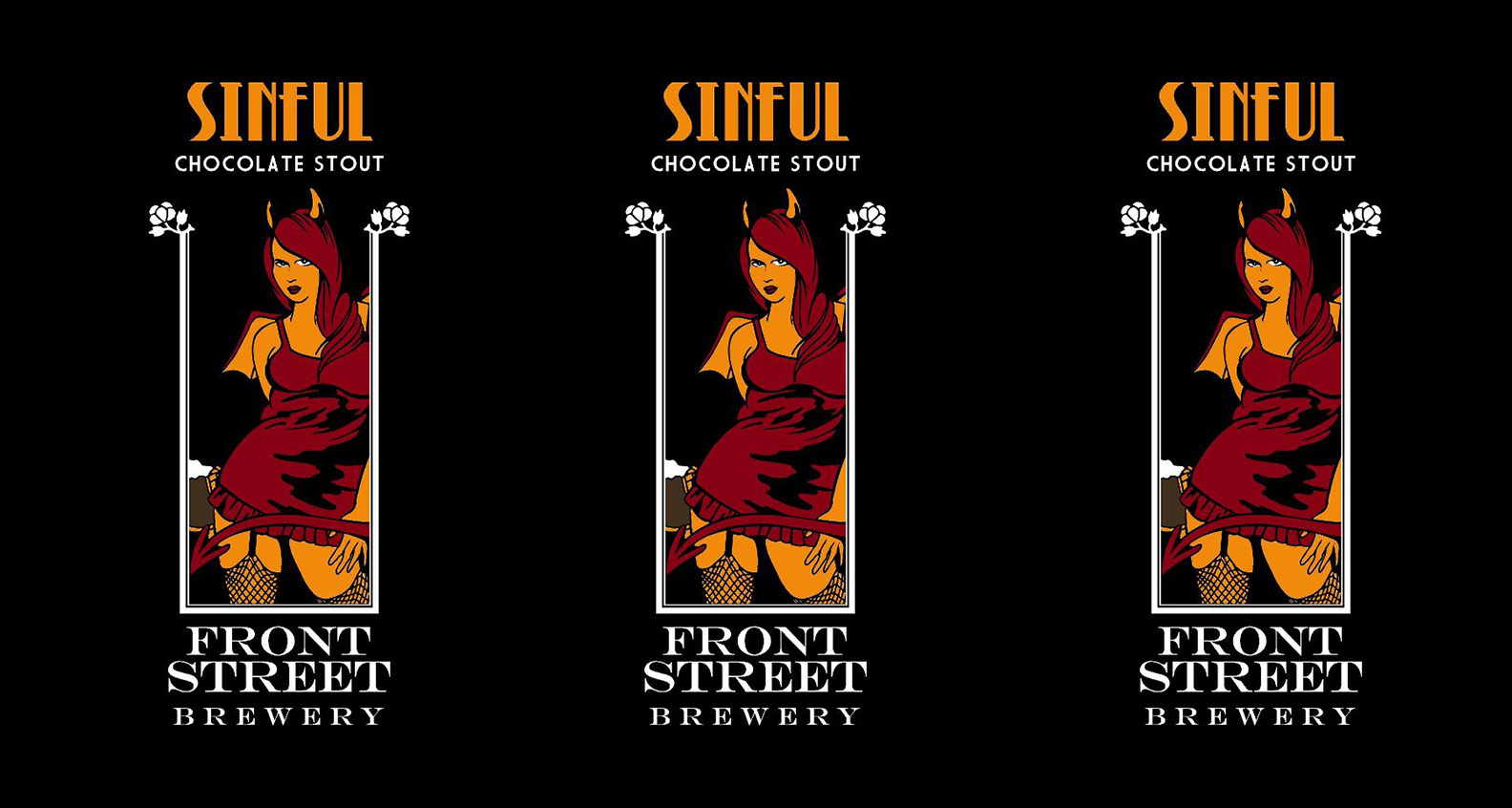 Coffee and chocolate are a delicious pairing, and they're even more yummy when put in a beer. Front Street’s Sinful Stout is made with chocolate and caramel malts — and it isn't skimping on the coffee flavor either. The brewery cold brews 15 pounds of chocolate coffee before blending it into the stout to make a sinfully sweet, easy-to-drink beer with a very smooth finish. 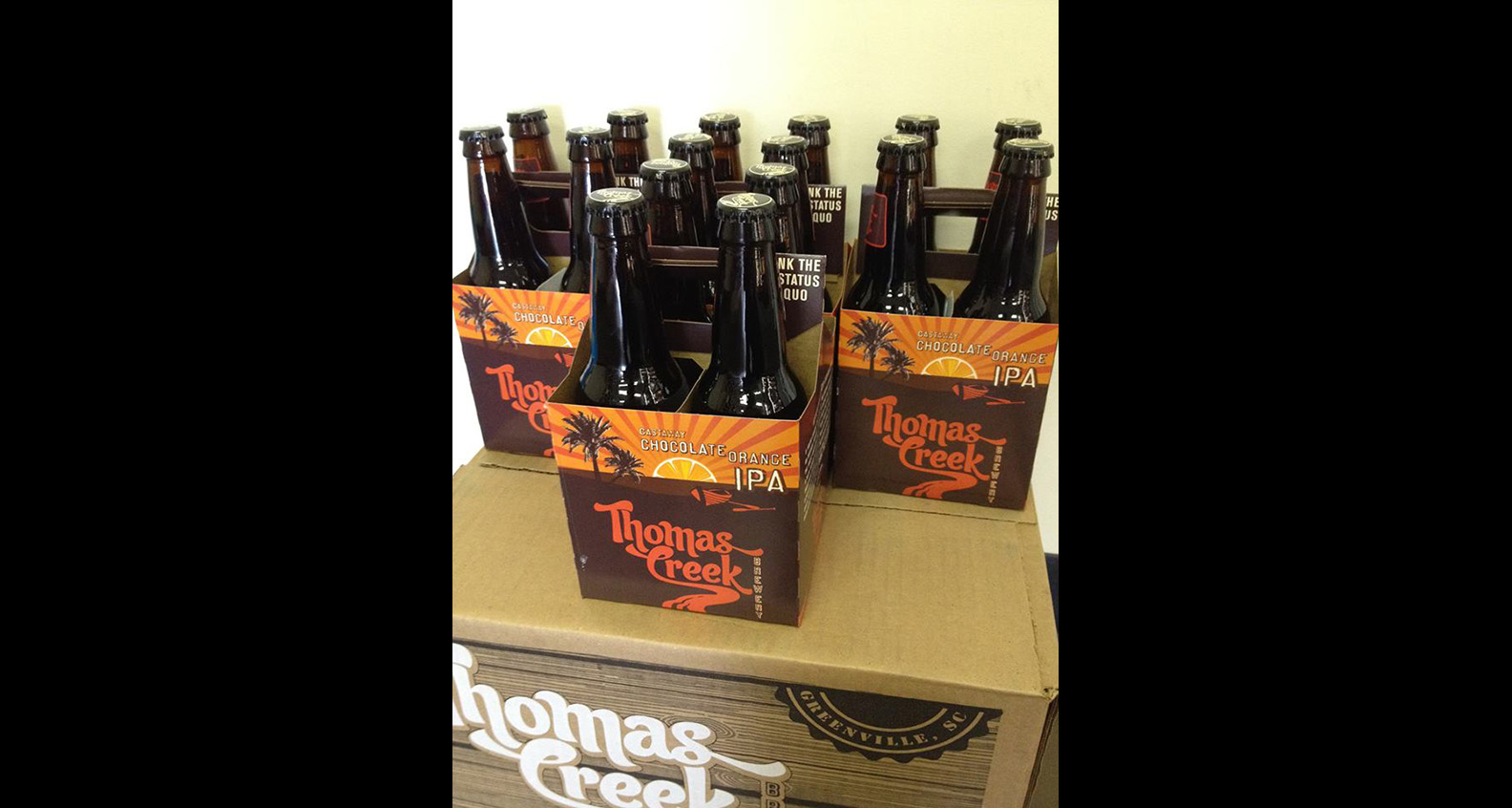 You’ll feel like you’re on an island while you sip on this IPA with a twist. Citrusy orange flavors blend with dark chocolate in this adventurous beer from Thomas Creek Brewery. Into the mash goes coco nibs, chocolate malts and orange peels for a bright, roasty toasty ale. Save some for us! 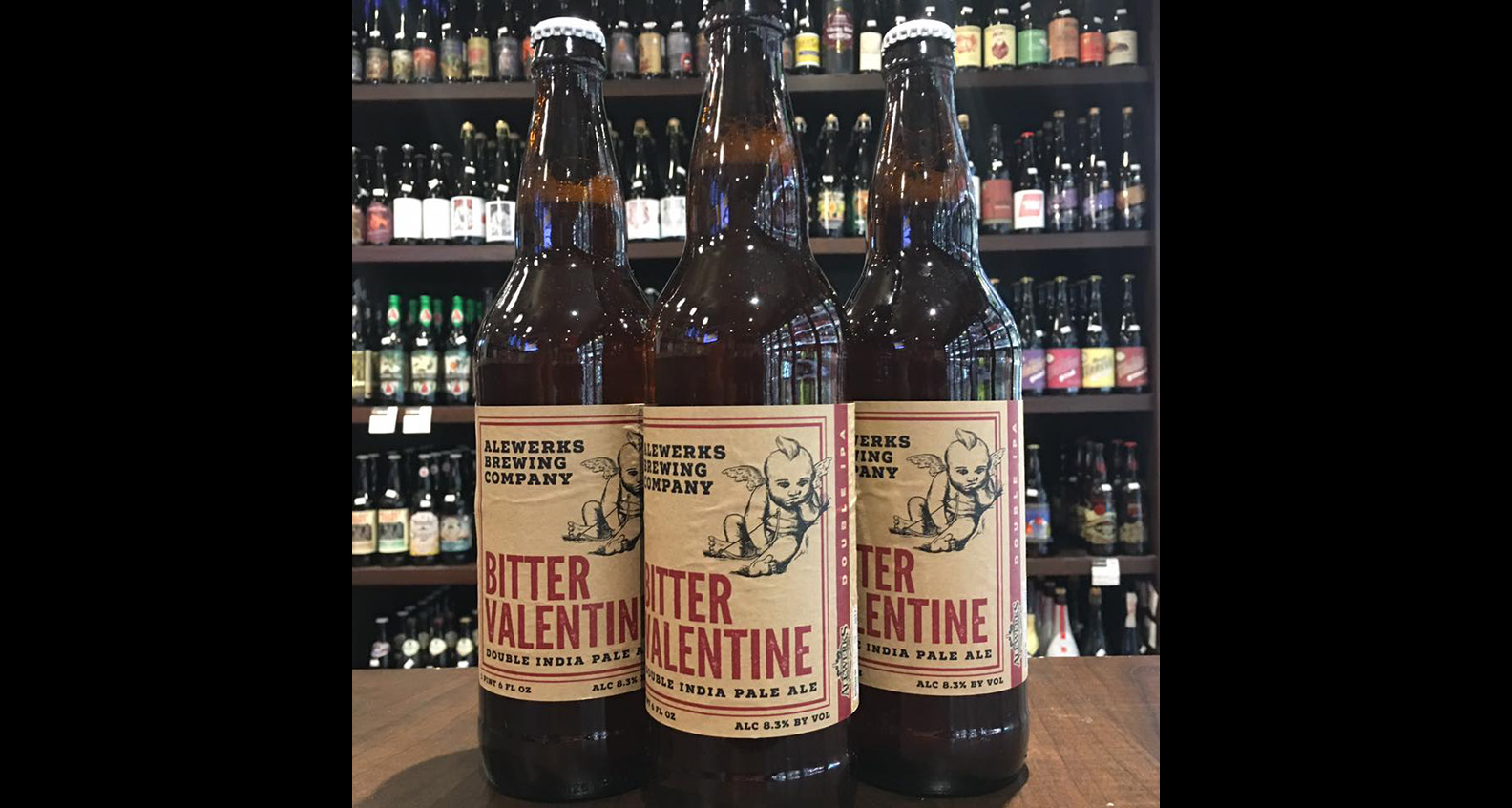 If you’re feeling lonely on Valentine’s Day, Bitter Valentine will help soothe your sorrows. The double IPA from Alewerks Brewing Company has notes of citrus and pine, which come from Pacific Northwest hops. 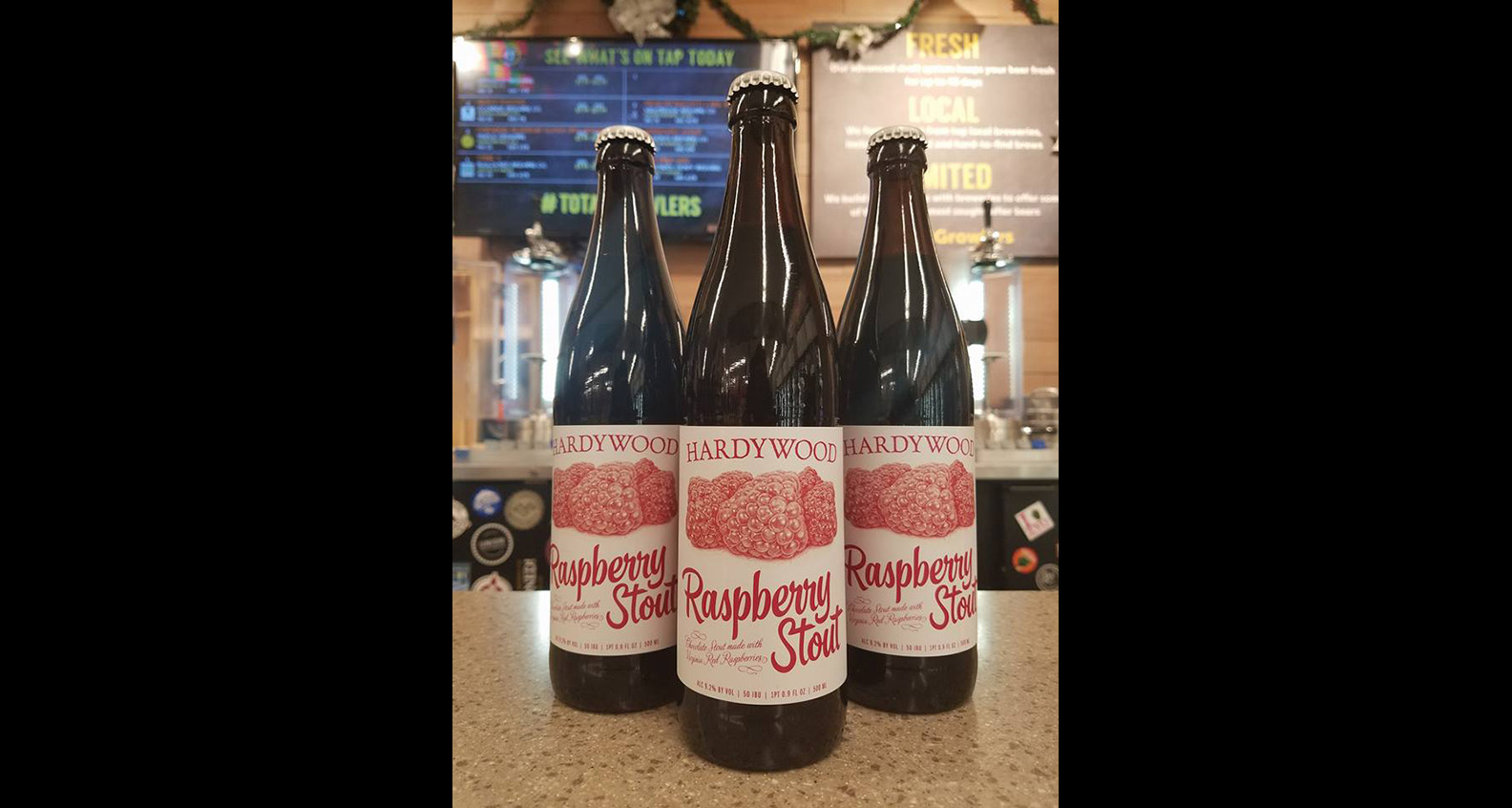 Hardywood doesn’t mess around when it comes to flavor in their raspberry stout. The brewery uses local red raspberries from Agriberry Farm in Hanover County, Virginia, and brings in chocolate malt and cacao nibs for backbone. The result is a rich dark chocolate profile bursting with tart raspberry to finish. 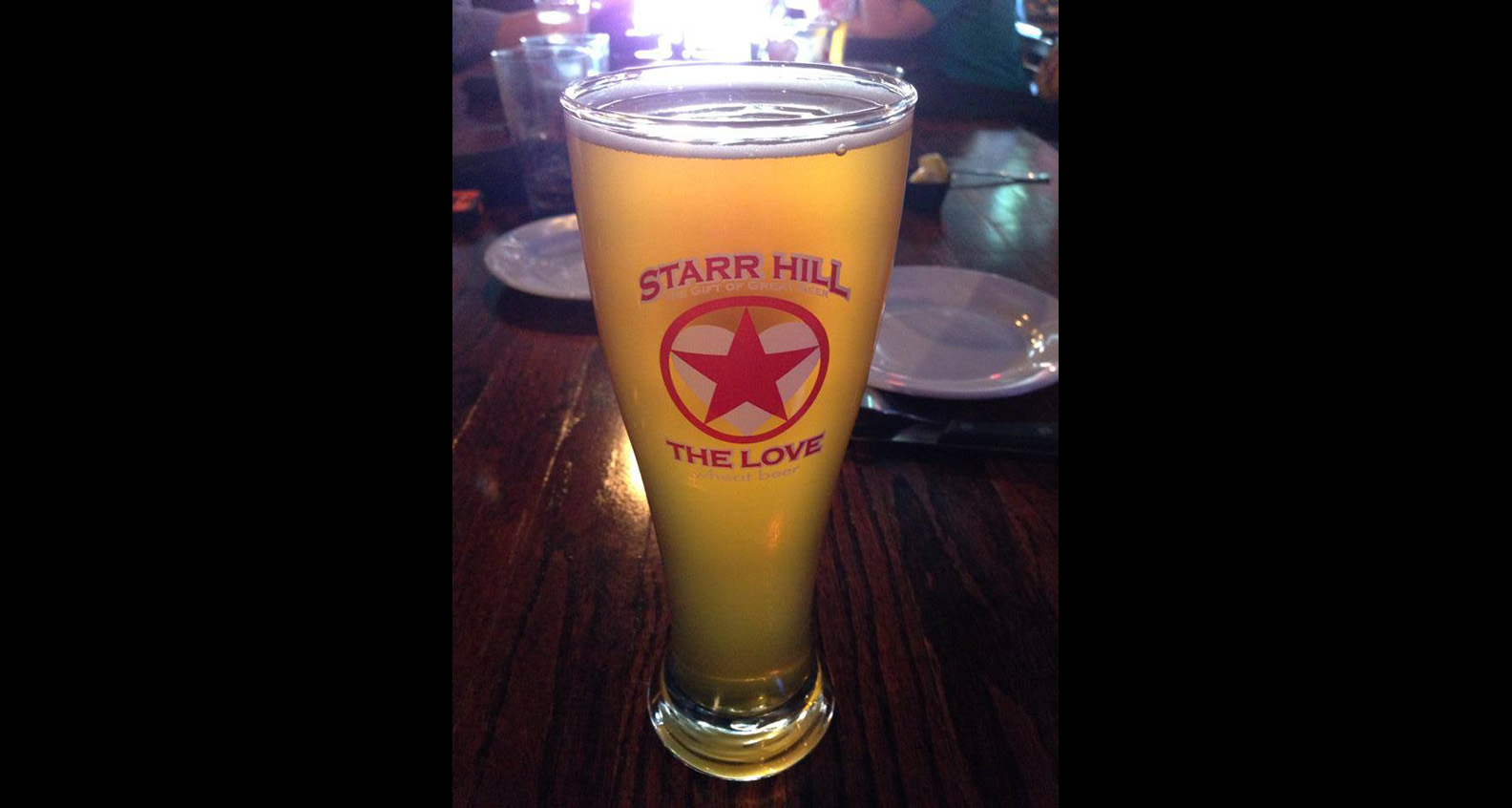 The Love from Starr Hill Brewing in Crozet, Virginia

Feel the love with this beer from Starr Hill Brewing. The Love is a light and fruity German hefeweizen with spicy notes to finish. This beer will add a piquant touch to your Valentine’s dinner.